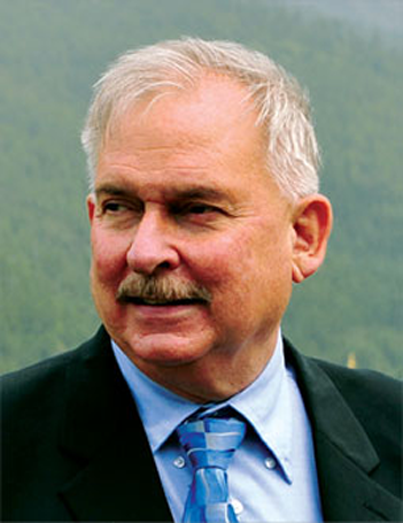 Professor Christopher Benninger (b.1942) is one of India’s highly decorated Architects, having won the Indian Institute of Architects’ Annual Award for Excellence six times, more than any other architect. His well-known, award winning projects are Mahindra United World College of India; The Samundra Institute of Maritime Studies near Mumbai; The “Suzlon One Earth” World Headquarters in Pune, India; The National Ceremonial Plaza and the Supreme Court at Thimphu, Bhutan; The Indian Institute of Management in Kolkata; Bajaj Brand View, Pune; buildings for the COEP, Pune; The Kirloskar Institute of Advanced Management Studies, Pune; the Centre for Development Studies and Activities, Pune; and his own studio and residence “India House” in Pune.

Benninger studied Urban-Planning at MIT, and Architecture at Harvard, where he later also taught. He settled in India in 1971, founding the School of Planning at CEPT University in Ahmedabad, where he presently serves as a Member of the Board of Management. He is one of the nine recipients of the Great Master Architect Award. He is a Fellow of the Indian Institute of Architects, and of the Institute of Town Planners, India. He founded the Centre for Development Studies and Activities in Pune in 1976, and has been a Senate Member of the SPPU, and University BUTR Member (now Executive Council). He is on the Board of Management of the CEPT University, Ahmedabad.

More recently Professor Benninger was the Chairperson of the Committee to select the design for implementing the National War Memorial that has been created in the Central Vista (2019) in New Delhi; is a Statutory Member of the Andhra Pradesh Capital Region Development Authority; Member of the Committee formed by the Central Government to analyse the potentials and strategies to develop the Eastern Seaboard of Mumbai [Mumbai Port Trust Lands Redevelopment Committee], including all of the docklands, or about ten percent of the island city of Mumbai ; and Member of the Ministry of Defence (GOI) committee to crate the National War Museum at Princess Park on the Central Vista, New Delhi (2017).

Professor Benninger is on the Board of Editors of CITIES Journal (U.K.), and a Member of the Editorial Board of the new E-Journal Ekistics: the New Urbanism, (Australia). Professor Benninger has authored more than a hundred articles published in journals and magazines in many countries. Amongst his publications, his book ‘Letters to A Young Architect’ won the Best Architecture Book of the Year Award 2012, and appeared on the Top Ten Best-Selling Books in India for 18 weeks. It was the first Indian book on architecture to be published by Kindle in America. This book was translated into Gujarati [in Gandhinagar], Bangla [in Dhaka] and Chinese [in Shanghai] where it was also published. His book, ‘Christopher Benninger: Architecture for Modern India’ has been published by Skira of Milan, Italy and by Rizzoli, in New York City.

His firm CCBA Designs, with 40 architects, is designing the Azim Premji University in Bengaluru; the Bajaj Institute of Technology at Wardha; the Indian Institute of Technology at Hyderabad, Tata Institute of Fundamental Research in Mumbai; The Global Brain Research Center in Shanghai, China; new Foundation Studios and Lecture Hall for CEPT University; various buildings for the College of Engineering, Pune, and 23 Metro stations for the Pune Metro3 line built by Siemens [Germany} and Tata Projects. His city and regional planning work ranges from India, Bhutan, Malaysia, Indonesia, America, Africa and Sri Lanka. Benninger’s expansive campus plans reveal an understanding of Indian “Place Making,” reflecting the great Temple Complexes of South India and their impact on Chinese, Central Asian and on Persian architecture. His narrative presents a language that lies between American idealism embedded in wooded Arcadian landscapes, and sacred notions enshrined within Indian temple courtyard complexes, generating a unique approach to architecture and place making.

Benninger has been honored to give the Randolph Hertz Annual Lecture in Los Angeles, the Jhabvala Lecture at the Indian International Centre in New Delhi, the Key Note Address at the Centennial Celebration of the J. J. School of Architecture, and at many conferences in Spain, Bhutan, Thailand, Germany, The Netherlands, America, Sweden, China, Thailand, India, and Sri Lanka where he was invited this year (2021) to be the Key Note Speaker at the Sri Lanka Annual Convention of the Sri Lanka Institute of Architects. Christopher Benninger has won Six times National awards from the IIA, more than any other architect, apart from numerous national and international awards for his major projects. 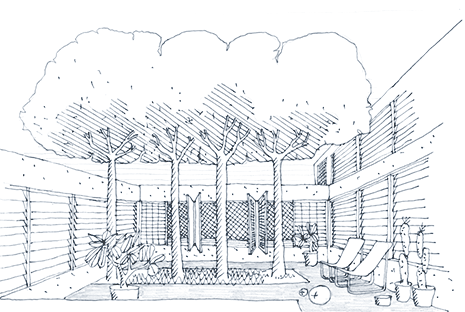